The mission of the Texas Alcoholic Beverage Commission is to serve the people of Texas, and protect the public health and safety, through consistent, fair and timely administration of the Alcoholic Beverage Code.  According to the Legislative Budget Board‘s Fiscal Size-up, the purpose of the TABC is “to deter violations of the Texas Alcoholic Beverage Code by inspecting licensed establishments within the alcoholic beverage industry, investigating complaints, regulating the personal importation of alcoholic beverages and cigarettes through the state’s ports-of-entry locations with Mexico and the seaport at Galveston, and enforcing state law.”

In August of 2016, TABC released an app that “allows members of the public to do their part to promote public safety by reporting breaches of the peace and other incidents which occur inside businesses licensed by the Texas Alcoholic Beverage Commission.” 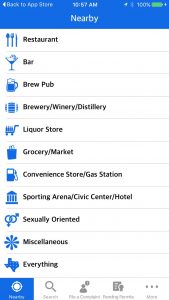 The app allows the user to perform a location-based search for permit holders in various categories. Here is a screen-shot of the app as it was initially rolled out in soft public release:

The maker of the app, Neubus, highlighted its features:

TABC issues permits for certain sexually-oriented businesses in part to assist in the enforcement of laws against the sale of beer on premises where acts that are lewd, immoral, or offensive to public decency occur. However, the ability to search for the nearest sexually oriented business raised some concern among the public. 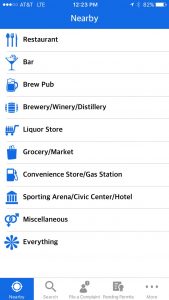 rolling the sexually oriented businesses into the Miscellaneous category, but without changing the icon for that category. This oversight muddled things briefly, until that oversight was corrected with the final version.

The final version is now available without charge in the iTunes App Store and on Google Play for Android. 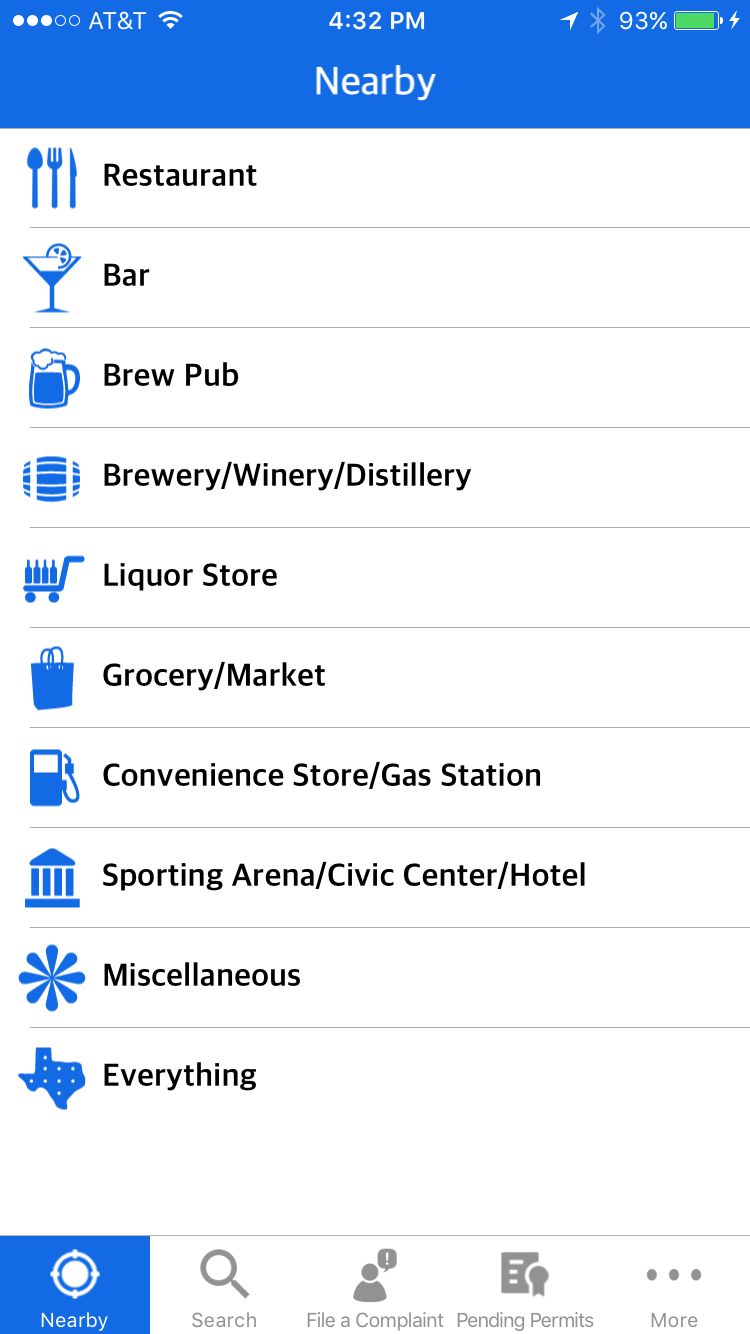